Signing up for your first Hackathon

So this past Saturday I attended the Hack to Give Thanks put on by Democracy Lab and some heavy-hitting sponsors like Amazon and Microsoft.  The NIH's All of us program provided a nifty lunch and learn, check them out! They are aggregating national health data in a way that will help EVERYONE get better health care.

Here are some things to think about as you look for your first opportunity to take part in what is generally considered to be a really good step in bettering your exposure as a tech applicant.

What kind of 'hackathon' is it?

Many people aren't aware of this (I certainly wasn't), but 'hackathons' come in all shapes and sizes. The traditional structure involves a target goal (or several), and a ground-up competition with a take-home prize.

These can be tremendously nerve-wracking for a first-timer, as depending on your cohort the pressure to perform and knock out a 'winner' can be extensive.

Others however, involve making incremental progress on pre-existing projects.

Hack To Give Thanks was one of the latter, and there were a host of awesome civic-minded groups ranging from law enforcement accountability to resource distribution and sharing for the wild-fire displaced and citizen-scientist observation-collaboration for the Puget Sound area's southern resident Killer Whales.

OK, so we're going for it! Now what? Let's look at the checklist.

4. Showed up. No seriously, this deserves to be its own step.  The very first time you attend a large gathering of strangers intent on functionally unifying for a day, it's hard to know what to expect. Especially when all our social skills have been pandemically down-graded.

5. Relaxed.  This one is extremely important! I can't stress it enough.  Remember that you are there, volunteering your time, to make something better.  Since these projects are pre-existing, the project leads have experience working closely with all sorts of experience levels, backgrounds, and capacities.  If you were 'orca'strating (haw) a voluntary mission, wouldn't you be appreciative of the time others spend to help?

And that's exactly what happened. 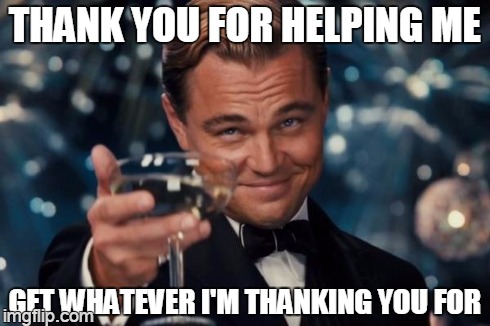 After only briefly wading and wondering through over a dozen projects with dissimilar tech stacks, progress points, needs, and skill sets, I found a place I could be of service.

The team I partnered with, (Orcasound) put together by marine biologist Scott Veirs, was working on migrating a static html prototype over to a React (or similar SPA-render) structure.

After spending a bit of time aligning my IDE with the project environment, I set to work on continuing the migration of a map whose purpose was rendering observation events from citizen-scientists (in this case orca enthusiasts) into a Mapbox frame.

I actually spent the better part of the day debugging why only a single data point was coming across from an API call that was previously in use to grab all the rows in a user-modified google spreadsheet. And 🎺 I think I found out why! 🎺

Google sheets API had recently (sept 30 2020) upgraded their API from v3 to v4, and somewhere buried in that, seems to be a slight change in the methods used which seemed to cause a problem with the npm package we were using despite the assurances to the contrary. Ahh, here we go. Check out that 'row-based API' line from the docs on our npm package.

I never solved the bug. Without the time to dive the (notoriously hairy) Google Sheets API docs to find the differences in v3-v4 and bypassing the facilitator NPM package, I didn't make too much headway.

What if I don't get enough done?

At this point, there was a bit of "what if I'm not productive enough" panic, the old impostor syndrome setting in.

But if you don't dive in, you'll stay dry. Real dry. Realllllyyyyy dry.  Which is less cool when you are coding for the health and safety of cetaceans 🐳.

See, it came out during the day that the team was already looking at veering away from google sheets to, eventually, an interface that updates their aggregation database directly, without reading a hand-written spreadsheet. And maybe the debugging I did helped encourage the transition!

TL;DR; What does it mean?

The team I joined was kind and patient, and after milling around in the awesome proximity lounge spatial chat after the demos and getting to know some folks, I would have been in equally good stead jumping into any of them.

Go For it! Seriously. Go for it!

I was apparently friendly and interested enough that the team welcomed my further involvement down the line!

Whether you have experience working on remote-collaborative projects or not, these civic hack days are an amazing way to hone your chops, address new problems, meet great industry professionals, and add a little something to your resume!